It’s not enough to be a good role model—because sometimes good behavior can be misinterpreted as weakness and a lack of knowledge. You’ll need another tool that we call Narrated Modeling.

What is Narrated Modeling?
It’s vital for coaches to exhibit exemplary behavior that Honors the Game. But it’s equally important for coaches to tell their team and parents exactly what they are doing so that there’s no chance they’ll misinterpret your behavior as weakness.


A Script for Narrated Modeling:
Here’s one way you can talk to your swimmers and parents after a race or meet: “You know that call at the finish? I really think that was an incorrect call, but it’s important to me that we Honor the Game on this team. And part of Honoring the Game is to show respect for the official, even when we disagree, even when we are are convinced that they made a mistake. So I didn’t yell at him. I waited until the heats were all over, and then I went up to him and respectfully asked about the call.” 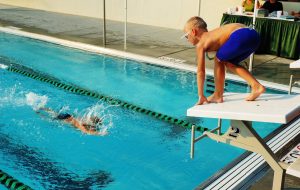 Yesterday, one of Kaylyn’s swimmers, Aiden, swam a very close race and took the lead. It was great to see him challenge himself. Then, it happened…

The official disqualified Aiden for leaving the block early on the relay. His parents were outraged and immediately started screaming at the official.

He ended up being disqualified, and after the meet the parents kept up their tirade against the officials. 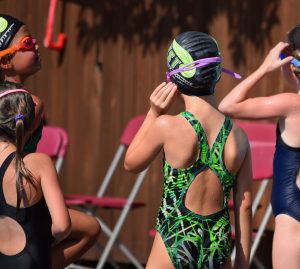 As a coach, Kaylyn knew her team was looking at her to see how she’d react. So, what’s the best approach?

There’s no single right way to handle a situation like this.

Here are a few ideas:

Immediately approach the parents and politely let them know their behavior does not reflect well on your team.

Remove the kids from the situation.

Let the official know that you will address the parents about their behavior.

Debrief with your team. Remind them there were other close calls for other swimmers.

Talk with the parents about what you expect from them in the future.